How the Nutritional Paradox got meplay tennis with Sir Richard Branson

Chris Langwallner, Initiator of the Nutritional Paradox, CEO of NamZ

In the build-up to the BEevent, folks were tasked to put a list of people together. People, who they thought, have the courage to help us move the needle towards overcoming the dire consequences resulting from the Nutritional Paradox. Then, we were seeking people with care, courage – people from all walks of life who can unite our dream to build a much healthier humanity and a profoundly healthier planet. Among many others, the list included names such as Arnold Schwarzenegger and Sir Richard Branson. Our folks were bold, but did they really think we will ever have these peoples’ voices behind our cause? Maybe yes, but more likely not. 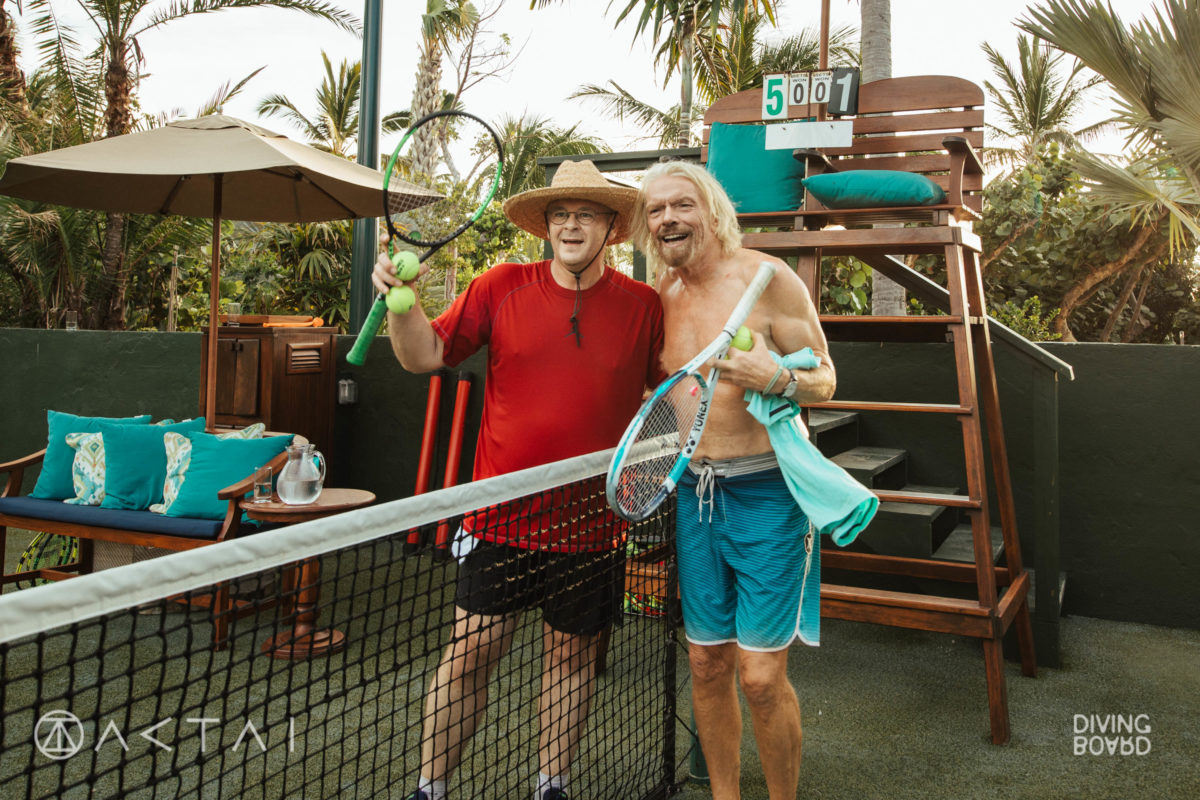 A few weeks into our Nutritional Paradox journey, Patrick meets with Sabine Schindlbauer, an old friend of him, in Salzburg and told her what we are up to. Inspired by it, Sabine made the impossible possible! It did not take long for us to decide and book the trip and before we knew it, we were on our way! We join ACTAI’s XTC – Extreme Tech Challenge finals and as it turns out, the event is going to take place on Sir Richard’s Necker Island where Bill Tai, founder of ACTAI and lead investor in many companies, including Zoom, brings together some of the most remarkable people who enable “next generation leaders” to organically create new partnerships, projects and initiatives that can make a difference in this world. 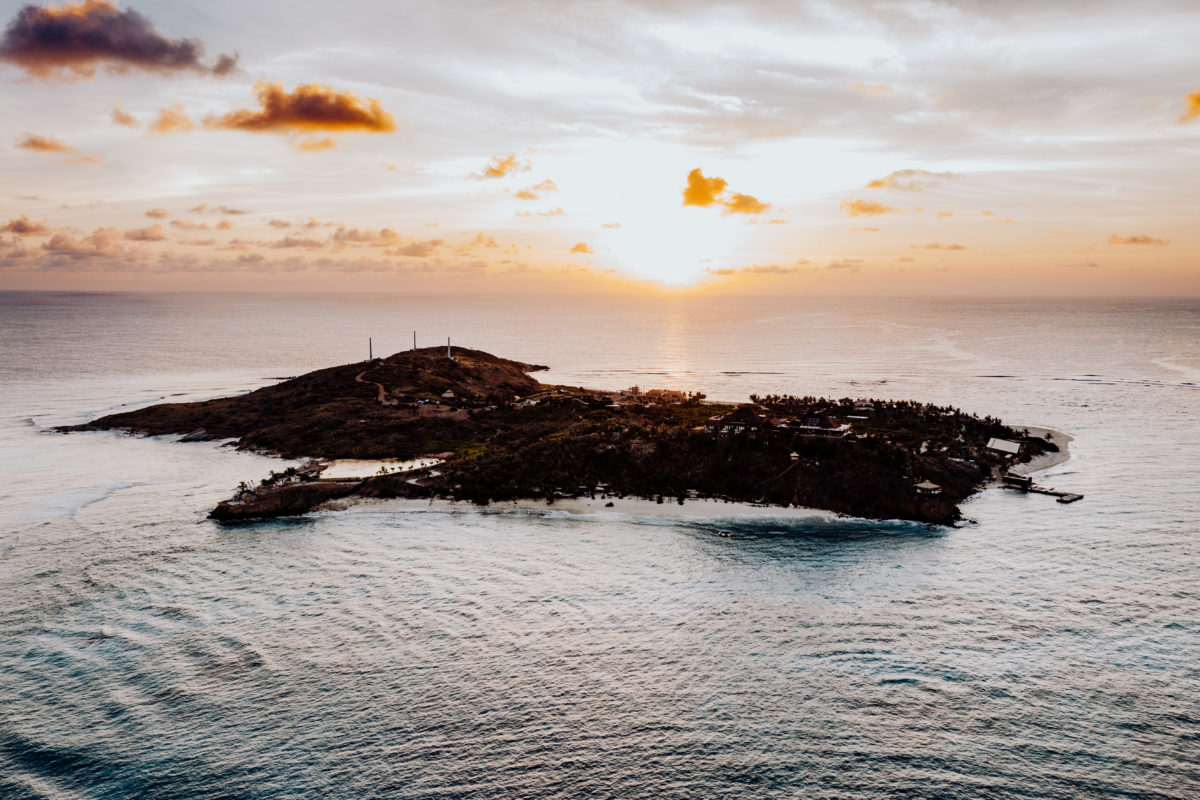 Necker Island is overwhelmingly beautiful. The waters around it are crystal clear and display the most mesmerising colours one cannot even dream of. The architecture is both – captivating as well as nestled in the island’s natural landscape. Once experienced, a setting one can never forget.

Sir Richard’s love for sports is present everywhere. Tennis happens literally next to water sports and, given such a magnificent backdrop, it does not surprise – this island draws-in some of the biggest names in sports, business and politics. For example, daredevil Nick Jacobson, a world-renowned kiteboarder who jumped the Burj Al Arab in Dubai, displayed his masterful handling of the kite while Julia Dujmovits, an outstanding snowboarder and Olympic gold medallist at Sochi’s 2014 games, effortlessly exchanges her snowboard with a surfboard – water is just melted ice, so why bother? Riza Zalameda, a retired tennis professional, artfully creates topspin with one of the best backhands I have ever seen. On Necker Island, sports co-exist next to business, wildlife, ocean, conservation, art and architecture and healthy eating.

At one of the afternoon events, Bill Tai described Sir Richard, who is just called Richard around the island, as one who represents ‘work hard, play hard’ the best. Hence, nobody on the island is surprised seeing him joining activities as well as brainstorming over businesses at dinner. 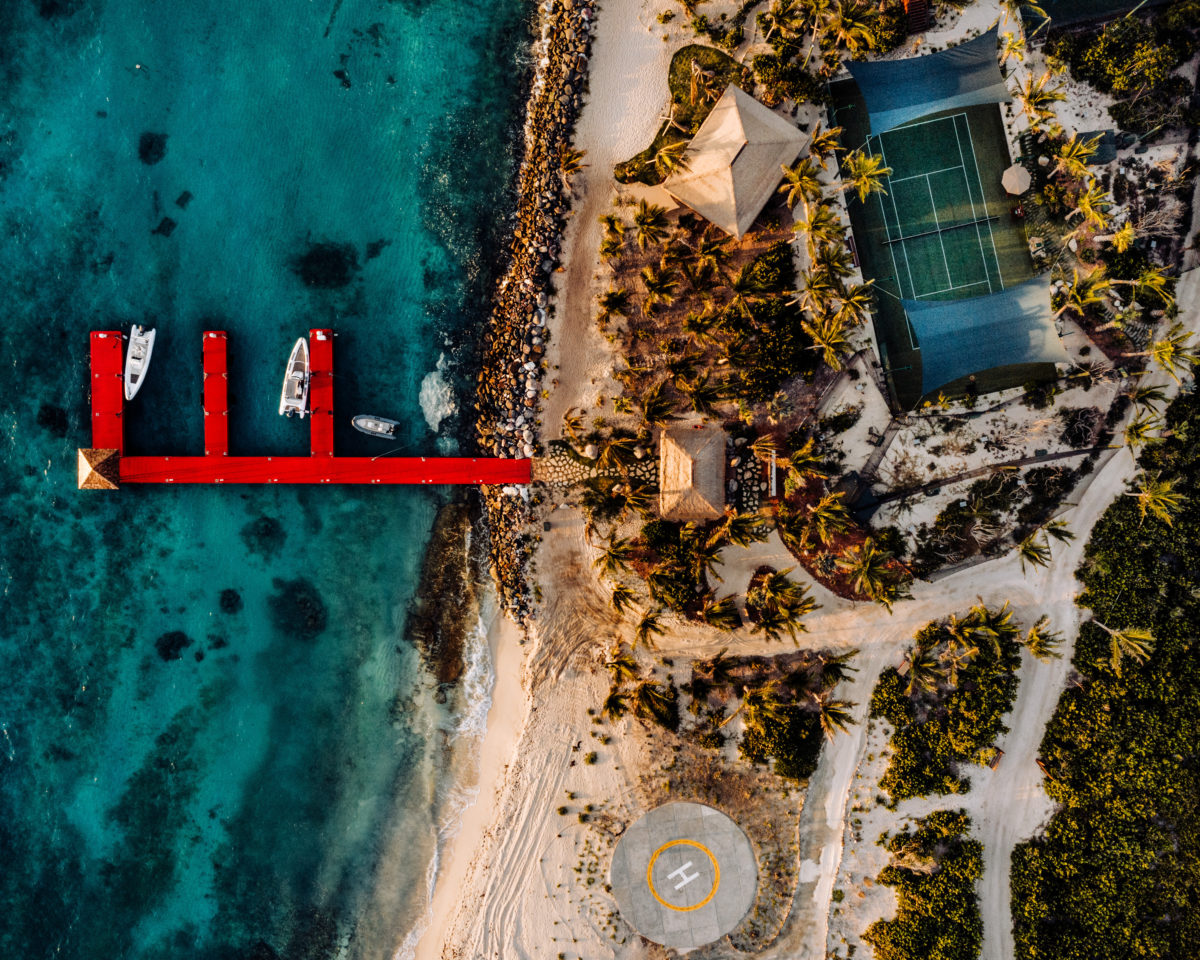 A once in a lifetime experience

It was in the morning of April 1st, not an April fool’s day joke, when a few of us played a few rallies with Riza. Here he is – Sir Richard, ready to play tennis. It was then when Riza turns to me saying “Chris, ready to play with Sir Richard”. Sure – no problem was my answer, but I really didn’t know what I got myself into. Here I am, on court one, playing tennis with Sir Richard Branson! From memory, it didn’t take long before he suggested ‘you can play so why don’t we play a tiebreak set to 10’. I stuttered – sure, why not but my mind started to race and hundreds of thoughts criss-crossing my brain. Chris, what on earth are you doing? Apart from a few hours recently, you have not played for more than 20 years and Riza suggested to just keep rallies going. Nerve wrecked, utterly relaying on Sir Richard’s scorekeeping, I somehow found myself playing three sets with him and as time passed, I started to enjoy this somewhat surreal experience. A classic tennis handshake later, a few pictures in the camera and a complement for me ended this once in a lifetime moment.

However, Sir Richard was not done yet! Chris, he called me, come, I give you a lift to the Great House. A few moments later, I find myself in a golf cart sitting next to Sir Richard driving up the hill and him giving me an opportunity to share why I do what I do. Frankly, I can’t remember all the details because, in the moment, all of this seemed so unreal. Yet, I clearly recollect Sir Richard stopping halfway to check on his freshly hatched chicks and proudly pointing at the solar farm sharing that he intends to farm more chickens over there because there is land and shade under the solar panels. It was after him driving over to see the flamingos and him proudly pointing at the new, still grey coloured, flock, when he turned to me and said, “how wonderful is it to do what you do while you can make money”. 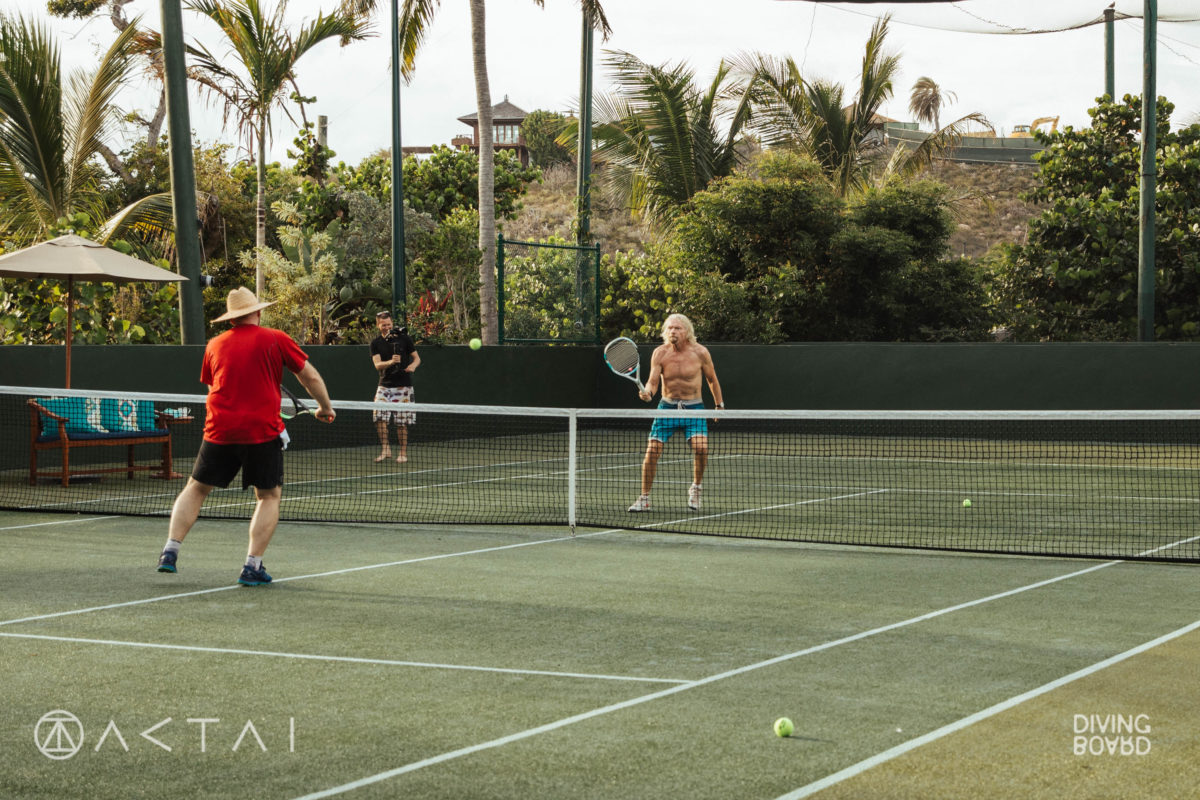 I had the privilege to spend about an hour with one of the most successful entrepreneurs this world has ever seen. How I experienced it can hardly be put in words. I was playing tennis with him, we were joking and having fun. We competed over points yet complemented each other for good shots and won rallies. A genuine handshake, an honest smile, a profound love for nature, animals, people and yet I sensed him continuously scouting for a new business opportunity.

I topped-up mountains worth of energy and in the moment, it just felt right to make a pledge. Keep on building an impactful network of like-minded people who care and have the courage to change the world sustainably. No matter how big an obstacle, how difficult a challenge or how mean an attack, do not ever give up on the crusade to resolve the Nutritional Paradox.

I am one of just a few who can say ‘I have lost three tiebreak sets to Sir Richard Branson’. What an experience? I feel blessed and I am very grateful.