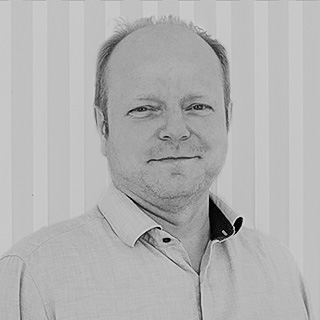 Sean Mayes BA (hons), PhD, is an Associate Professor in Crop Genetics at the University of Nottingham and Theme Leader/Mentor with Crops For the Future in Malaysia.

He joined the University in 2004 and was made an Associate Professor in 2008. During a leave of absence between 2012 and 2015, he was based in Malaysia while helping to establish Crops For the Future as a programme and theme leader. He still runs research groups in both UK and CFF, as well as collaborating with researchers at the University of Nottingham Malaysia Campus and is co-director of the CFF-UNMC-Doctoral Training Partnership.

His research interests are focused around the use of marker-assisted selection within crop species and he has research in wheat, oil palm and a number of minor or underutilised crops, including bambara groundnut; an African drought tolerant legume. He has developed and applied genetic markers to a wide range of species (including studying population structures within insect populations) and many tropical crop species. In 2016 he took over the chief editor position for Biotechnology and Genetic Engineering Reviews and has just co-edited a comprehensive book on oil palm breeding, genetics and. To date, he has published over 100 peer-reviewed journal articles.